UP The most amazing thing about working in Jerusalem 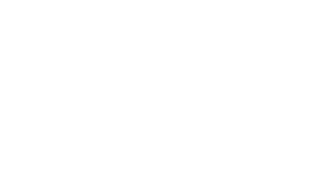 Home /// The most amazing thing about working in Jerusalem

After moving from Jerusalem to Tel Aviv to open a coworking space (The Pub Hub), I’m now commuting back to Jerusalem from Tel Aviv to launch the new coworking branch for Urban Place. Oh, how the tables have turned.

Urban Place is opening in literally the most central location in Jerusalem, if not all of Israel, right above the Tachana Mercazit at 224 Yaffo St, a 30-second walk from the light rail and the new train station.

After working for just a few weeks on this new project, I’ve learned so much about the Jerusalem startup ecosystem, and it is by far the most vibrant, active, and open community I’ve worked with.

To begin, there are a ton of financial benefits for a startup to open an office in Jerusalem. With startup grants up to 7 million shekel (for companies of all sizes), the city, specifically, the JDA helps companies relocate to Israel’s capital. With billions of shekels deployed into the new Gateway to Jerusalem Project, The JDA is working hard to help companies with their relocation and finding their new office.

And then there’s the ecosystem itself. With one phone call to the amazing Made in JLM team, we were able to set a date to host and to sponsor our own Happy Hour for the community and to join the other amazing sponsors for the yearly sponsorship. This city’s startup community manifests the expression of Sever Panim Yafot- greeting others with a smile- and succeeds at welcoming all new companies; we appreciate what they’ve built tirelessly over the years.

Yet, with all this, more companies, surprisingly, have not yet upped and moved to Jerusalem. But from someone who is working in both cities, I can tell you that the trend is beginning now. The snowball is slowly building traction, and it’s only a matter of time. With the opening of wework just a few months ago, we are already seeing more international attention turn toward Jerusalem as a hub in-it-of itself, not just an extension of Tel Aviv. There are now tens of huge companies building their headquarters here- from Lightricks, to Hometalk, to the entire Mobileye/Intel campus– these companies are plating their flags and are here to stay (and to grow!).

Jerusalem is not only a becoming a home for larger companies, but with the growth of accelerators and accelerator funding startups are coming here to get off the ground and to double-down on research in deep tech and cyber. With Labs/02, MassChalenge, Siftech, HUstart, and the soon-to-open Upstream JLM, startups have more options than ever to get the help they desperately need those early days, months, and even years.

The next natural step is to bridge these two hubs in order to: create a larger pool of employees, increase wages across the country, allow for improved employment terms and conditions, and decrease commute time.

Israel recognizes this trend with the new train line allowing companies to have offices in both cities and for employees to now have the option of having meetings in the morning in a space like Urban Place JLM, and spend the afternoon in their executive offices in Urban Place Rothschild. This inter-city office arrangement works with Urban Place, Wework, and Regus, the 3 major coworking spaces in Jerusalem.

The highlight of the Jerusalem ecosystem though is right around the corner- the OurCrowd Investor summit. A full day of top speakers (including Nas Daily, Daniel Kahneman, and Moshe Lion) startup presentations, networking, and a hub for international investors to come and learn about the progression of the startup nation. There is no better place for an event of this magnitude other than Jerusalem (of course the Ourcrowd headquarters are also in JLM).

Jerusalem is now the hot city in startup mode- growing its economic development exponentially, investing in the future, and disrupting the old models of office spaces.

As Urban Place is opening in just a few weeks, we are excited to continue to contribute to this amazing community as much as we physically can.

urban place- The Future of Coworking

How To Divide Your Time Efficiently And Productively

In recent years, there has been a shift in the commercial world from using traditional office spaces to using co-working spaces. While initially used by freelancers or remote workers, these spaces are now used by large...
/// Read more
August 30, 2021

Blogging in the Digital Era: The 24 hour Story

Having a presence on social media today is standard fare and basic for communication with individuals and businesses alike. The digital age has made bloggers of all of us...
/// Read more
July 29, 2021

Whether you’re a start-up looking to save on your monthly costs or a large corporation looking to establish long-termrelationships with other businesses, the Urban Place app might be just what you’re looking for...
/// Read more
July 11, 2021

Through Crisis Comes Creativity – How the World Is Adapting to COVID-19 Over the past months, a lot has changed all around the world. The global pandemic is a situation that none of us have ever been a part of. The world’s economy is uncertain...
/// Read more

Menu
© Urban Place 2020 All Rights Reserved
Privacy policy
created by : HD
Marketing by : UPLEAD
We use cookies on our website to give you the most relevant experience by remembering your preferences and repeat visits. By clicking “Accept All”, you consent to the use of ALL the cookies. However, you may visit "Cookie Settings" to provide a controlled consent.
Cookie SettingsAccept All
Manage consent

This website uses cookies to improve your experience while you navigate through the website. Out of these, the cookies that are categorized as necessary are stored on your browser as they are essential for the working of basic functionalities of the website. We also use third-party cookies that help us analyze and understand how you use this website. These cookies will be stored in your browser only with your consent. You also have the option to opt-out of these cookies. But opting out of some of these cookies may affect your browsing experience.
Necessary Always Enabled
Necessary cookies are absolutely essential for the website to function properly. These cookies ensure basic functionalities and security features of the website, anonymously.
Functional
Functional cookies help to perform certain functionalities like sharing the content of the website on social media platforms, collect feedbacks, and other third-party features.
Performance
Performance cookies are used to understand and analyze the key performance indexes of the website which helps in delivering a better user experience for the visitors.
Analytics
Analytical cookies are used to understand how visitors interact with the website. These cookies help provide information on metrics the number of visitors, bounce rate, traffic source, etc.
Advertisement
Advertisement cookies are used to provide visitors with relevant ads and marketing campaigns. These cookies track visitors across websites and collect information to provide customized ads.
Others
Other uncategorized cookies are those that are being analyzed and have not been classified into a category as yet.
SAVE & ACCEPT

Please fill up your information and we will get back to you shortly.